Time is a hard concept for preschoolers.  It isn’t something that they can touch, feel and explore. Without the ability to tangibly interact with time, children need adults who understand the concept to help them learn about time.

This activity entailed using our bodies to point to different numbers on a clock, indicating the time. We initiated a discussion of this concept by examining what an analogue clock is, and how the numbers on this clock begin at one and end at twelve. 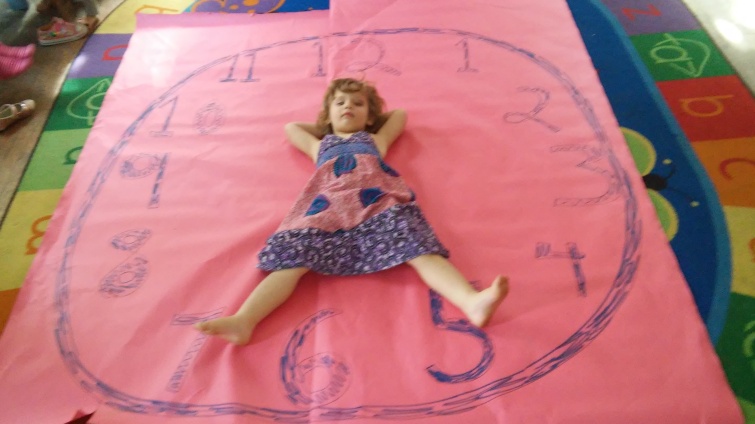 We then used a large paper clock and directed your little ones to recognize the big numbers within the circle. 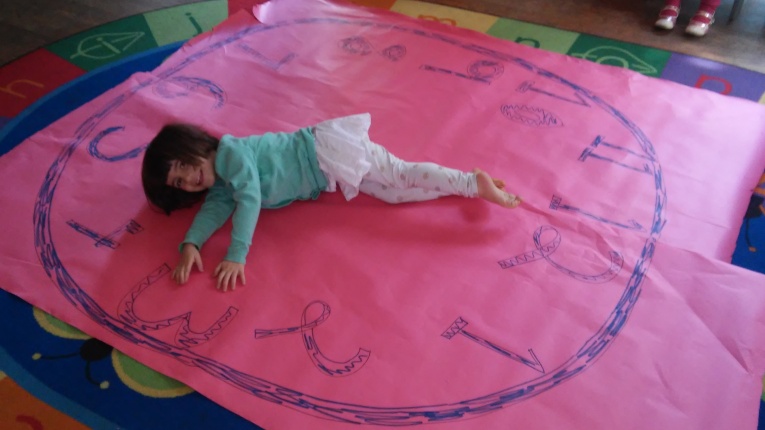 Following this, students used their bodies to point to the particular hour (a numeral) that was written down on a whiteboard.

Because integrating the concept of hours and minutes is a skill that preschoolers are unable to grasp, they were able to understand that the hour hand moves from one number to the next, and when that happens, one hour has passed.