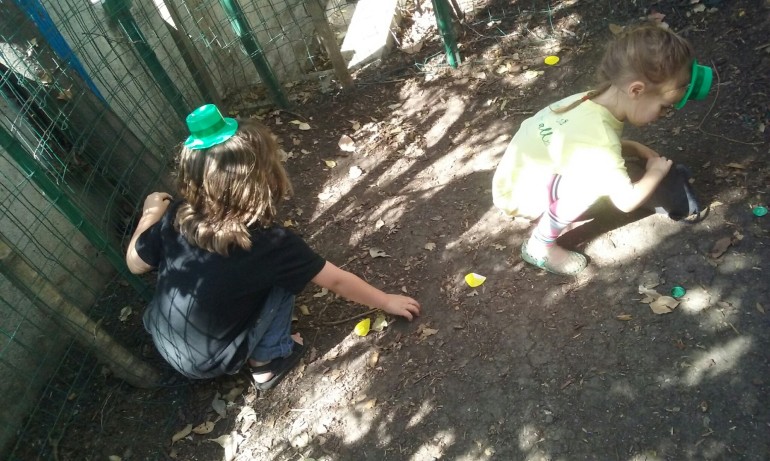 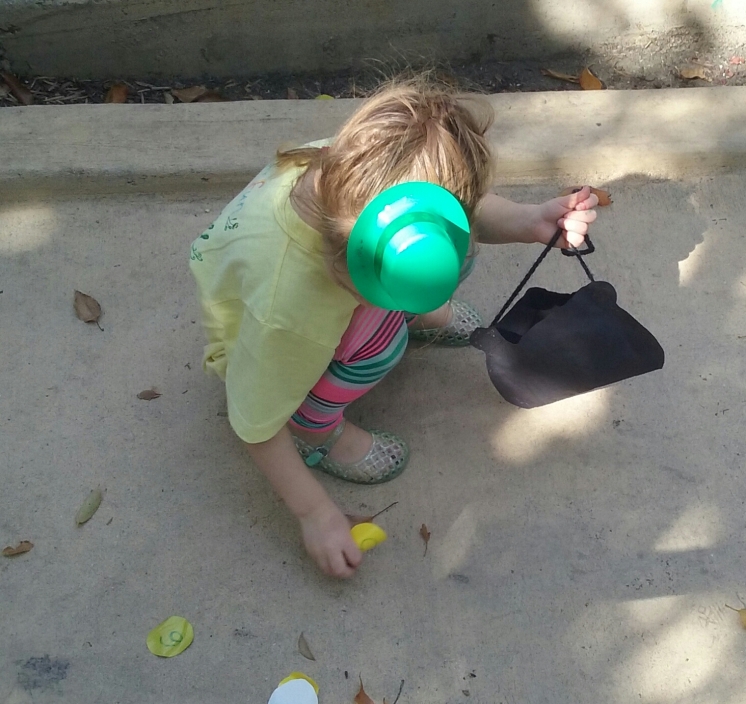 For this activity, we pretended to be leprechauns looking for gold! Using black paper “pots of gold”, green hats, and “gold” coins, your little one scurried around the front yard to retrieve their treasure from the end of the rainbow! 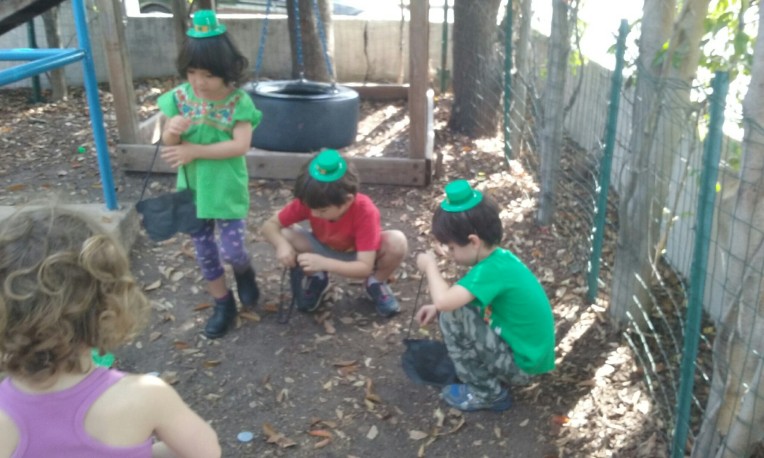 In America, the little bearded sprites known as leprechauns have become synonymous with St. Patrick’s Day and Irish culture. The original Irish name for these figures of folklore is lobaircin, meaning small-bodied fellow. In Irish mythology, a leprechaun is a type of male fairy said to inhabit the island of Ireland. They are a class of “fairy folk” associated in Irish mythology and folklore, as with all fairies, with the Tuatha Dé Danann and other quasi-historical peoples said to have inhabited Ireland before the arrival of the Celts.