One activity involved learning all about eighth notes. There were five components to this activity. First, students would clap out the rhythm Titi. They were then directed to “walk” their fingers across a tabletop. The first “steps” of their fingers entailed them chanting Ta Ta Ta Ta and then finishing with Titi Titi.

Following this, they were given a variety of blocks to first create one eighth note, and then two together.

They were then given play dough and were instructed to create two eighth notes. 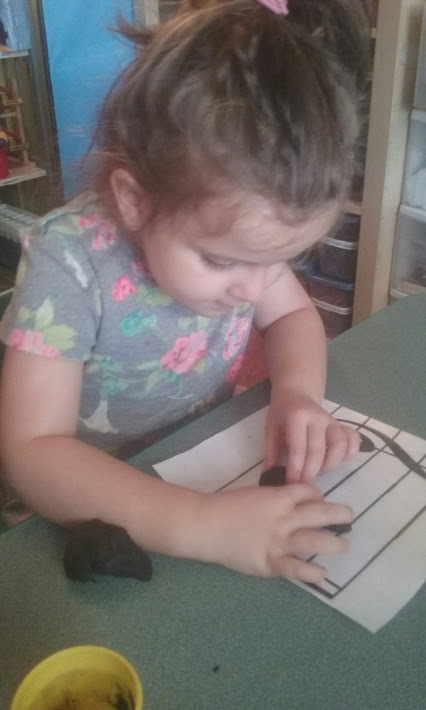 Next, they were given a white board and were told to draw an eighth note.

Lastly, they played several exercises on the keyboard, aimed at helping them feel the rhythm of Titi in their fingers. They would initiate the exercise with the red note (or Do), chanting Titi as they did so, progressing up the solfege scale (playing Titi on each note), and then returning back. Providing several learning activities enables different learners (whether visual, auditory, or tactile) to grasp material more effectively. 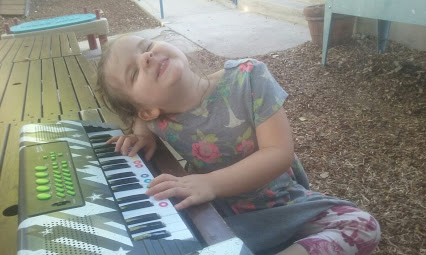