Many preschoolers are able to use numbers arbitrarily; pretending to count, or mixing up numbers and letters. From about the age of four, preschoolers will begin to show one to one correspondence, or the ability to count objects correctly, as well as recognize most numbers 0-9 and sometimes recreate numerals when given an example.

As with many preschool skills, it is important for young students to be given many different opportunities for to see, touch and use numbers throughout the day. Including numbers in thematic play is one way that they can begin to recognize numbers. 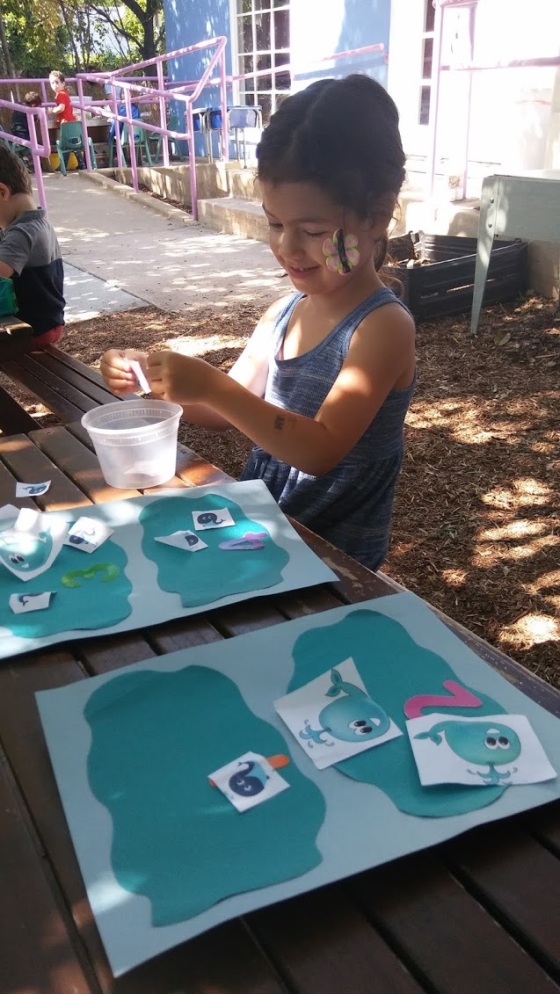 For part of our whale theme, we practiced sorting numbers by numeral, counting as we did so. We created four different “oceans” that students were instructed to put their whales into. They started with 1 and continued up to 4. Once finished, they counted all of the whales they placed down.