Although the concept of planet order is an abstract one for young learners to understand, the ability to sequence objects is not.

For this activity, we placed the eight planets in order, starting with the sun. To learn the names of each planet, we sang a song during circle time that we practiced every day for a week.

We sang to the tune of Skip to My Lou, and the lyrics involved the words: Mercury, Venus, Earth, Mars. Jupiter, Saturn, among the stars. 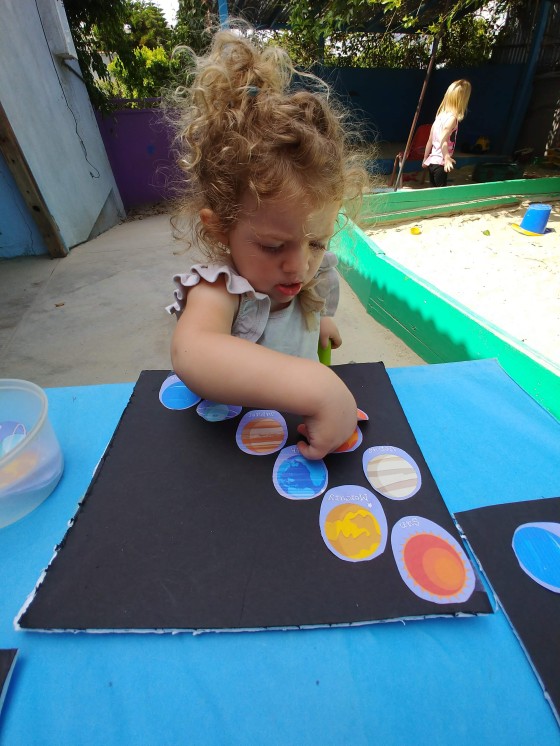 The Earth is ours, it’s number three. It’s atmosphere is right for me. In addition to this, we created planet Earths out of play dough and played various games during circle time, where each student took turns being the sun, and the planets that rotated around him/her. It was definitely a week of fun and learning!