Chinese New Year is the most important of the Chinese holidays. It begins according to the Chinese calendar which consists of both Gregorian and lunar-solar calendar systems. Because the track of the new moon changes from year to year, Chinese New Year can begin anytime between late January and mid-February.

One Chinese New Year tradition involves the red envelope, a monetary gift symbolizing luck and prosperity. The red color of the envelope symbolizes good luck and is supposed to ward off evil spirits. To add a sensory component to this activity, we used vinegar, salt, and pennies to clean coins that we later placed into our envelopes. 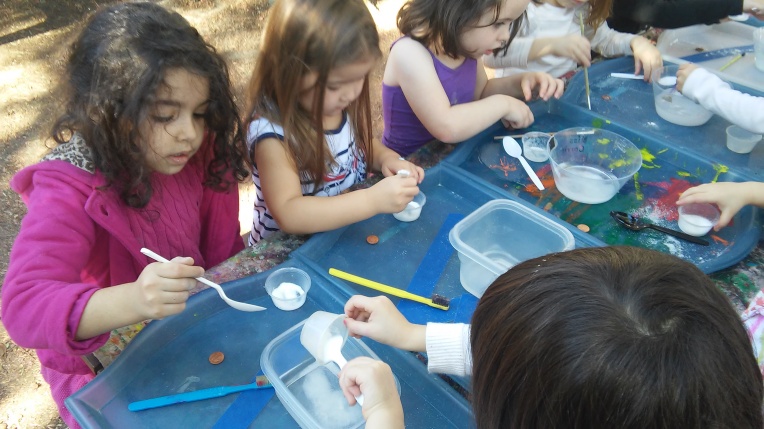 We began the activity with a brief discussion, comparing a newer penny to an older one. Students were then asked why they thought the older penny was darker and not as shiny and coppery as the newer penny. We then set off to clean our own pennies! First, students added salt to a bowl of vinegar.

Using a toothbrush, they then scrubbed the coins. It was fun to watch the acid from the vinegar remove the dirt, grime and corrosion. Science is an integral component of any preschool curriculum.

It is not just a set of facts that have already been discovered by others; it is a process – a way of thinking and understanding the world. It is observing, predicting what might happen, testing those predictions, and making sense of observations. 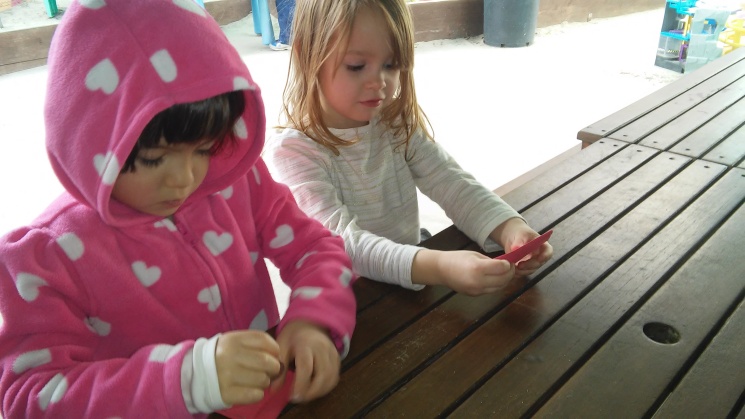 Children acquire scientific knowledge by construction not by instruction. They must create an explanation of observed phenomena or the outcomes of the experiments internally—an explanation that holds personal meaning. By doing so, they create a foundation for learning that will stay with them for the rest of their lives.