Clown fish belong to the subfamily Amphiprioninae in the Pomacentridae family. These species are considered to be symbiotic mutualisms with sea anemones in the wild. Although the physical coloring predominantly depends upon the type of species, most clown fish exhibit orange, blackish, yellow, and reddish color interspersed with white blotches. 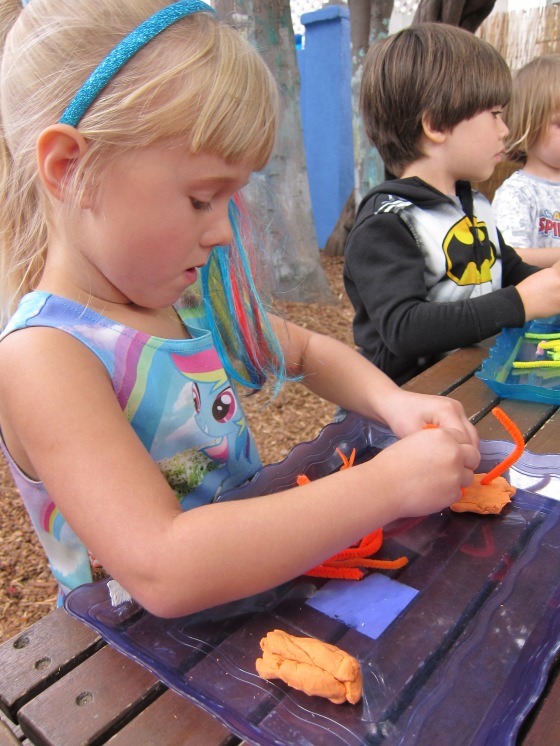 Clown fish are sometimes referred to as a strong territorial species and often come into conflict with each other. These species communicate by producing ticking noises with the help of pharyngeal teeth that are aligned with the throat. The male clown fish is known to create sound pulses on particular occasions. The female, however, is the more aggressive of the two. There are 335 clown fish species around the world. 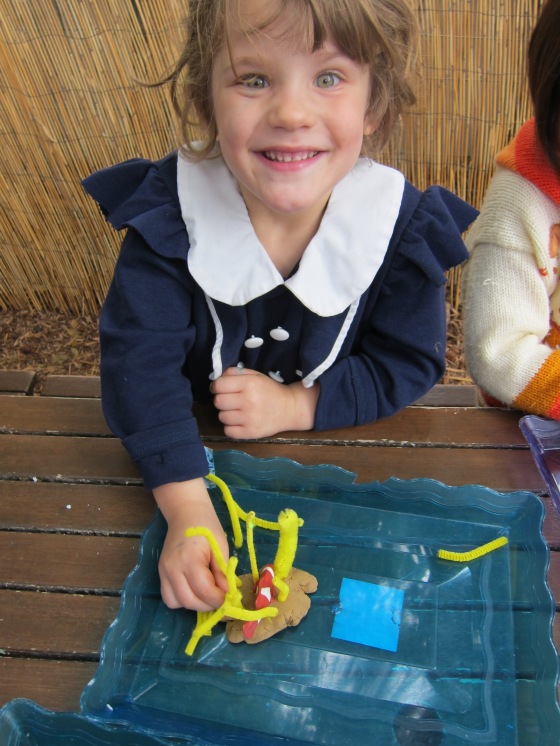 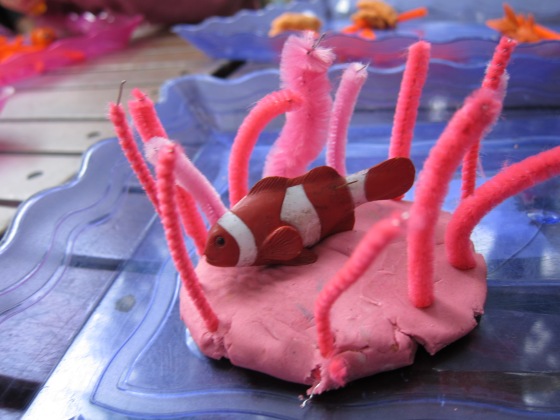 For this activity, we used play dough, pipe cleaners, and toy clown fish to recreate the interdependent relationship between the clown fish and the sea anemone! This helped your little one practice their fine motor skills, work on their hand-eye coordination and encourage spatial reasoning, as they “placed” their fish into their anemone homes!